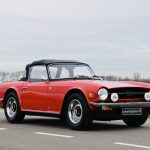 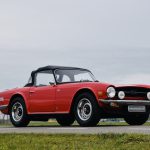 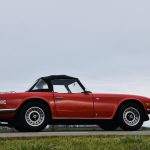 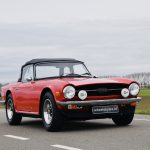 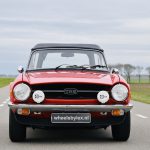 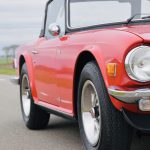 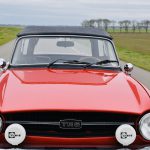 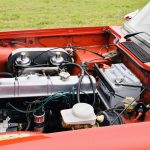 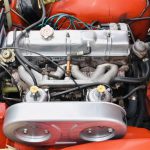 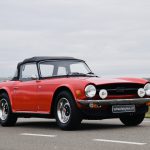 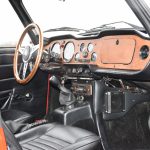 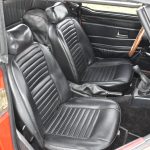 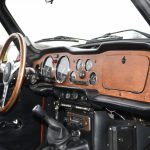 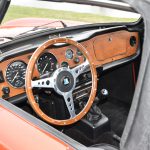 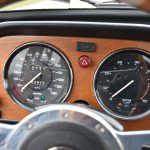 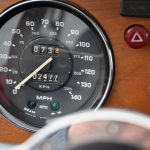 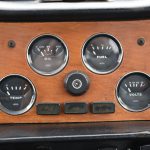 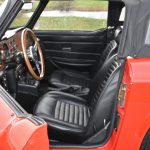 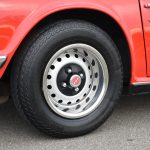 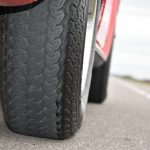 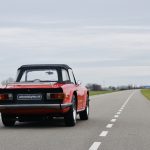 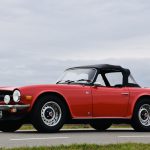 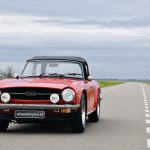 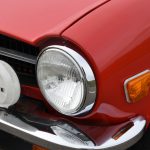 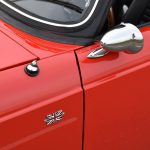 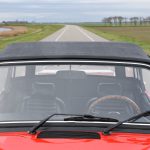 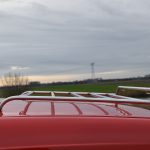 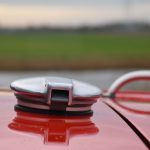 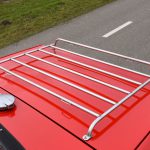 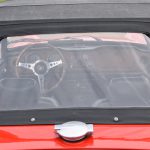 For sale Triumph TR6 carburettor version in the colour Pimiento Red (72) with a black interior. This TR6 was built on December 8, 1975 and then shipped to Halifax, Canada and registered for the first time in 1976. There is a Heritage certificate which shows that the numbers and the colours stated on the certificate correspond with this TR6.

The Triumph TR6 is a sports car built by the British Triumph Motor Company and was introduced in January 1969 and was produced until July 1976. The TR6 was delivered as PI, Lucas Petrol Injection and as carburettors (two Stromberg carburettors). The latter was for the American market where a PI version did not meet the emission requirements applicable at that time.

The PI models have an output of 150 HP, while this is 104 HP for the American market with carburettors. The Triumph TR6 was the bestseller of the TR series and was succeeded by the Triumph TR7. Of the 91.850 TR6s produced, 77.938 cars were fitted with carburettors and only 13.912 with injection.

This Triumph TR6 is equipped with a 6-cylinder in-line engine, 2,496 cc and two Stromberg carburettors and has a power of 104 HP with a 4-speed manual gearbox and is rear wheel drive.

This TR6 was imported in February 1999 and provided with a Dutch registration and between 2001 and 2013 this Triumph was in the possession of one owner. In 2016, the current Belgian owner registered this TR6 on a Belgian classic car license plate. Between 2002 and 2021, approximately 12.000 km was driven with this TR6, a kilometer registration is available.

The car comes with a sales folder containing the following documents; a Heritage certificate, a valuation report from 2012, number of invoices, Belgian license plate and a Belgian Car Pass (odometer certificate).

This Triumph TR6 is in our showroom. If you would like more information or if you would like to make an appointment, please contact Lex van Lammeren at lex@wheelsbylex.nl or 0031-611-508738. We are very easy to reach from the airports of Amsterdam or Eindhoven. I look forward hearing from you.

Any cookies that may not be particularly necessary for the website to function and is used specifically to collect user personal data via analytics, ads, other embedded contents are termed as non-necessary cookies. It is mandatory to procure user consent prior to running these cookies on your website.

Stay up to date with news and events about Wheels By Lex.