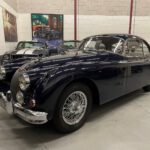 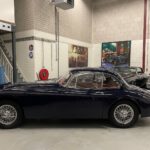 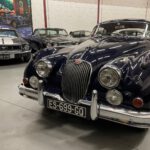 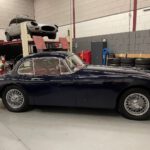 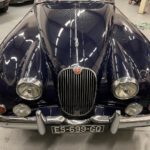 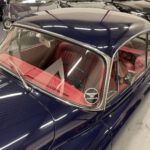 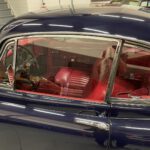 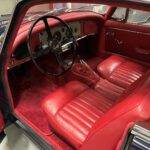 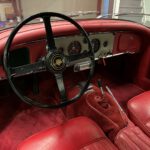 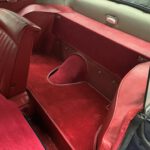 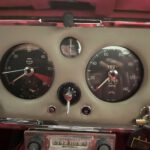 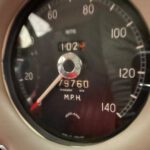 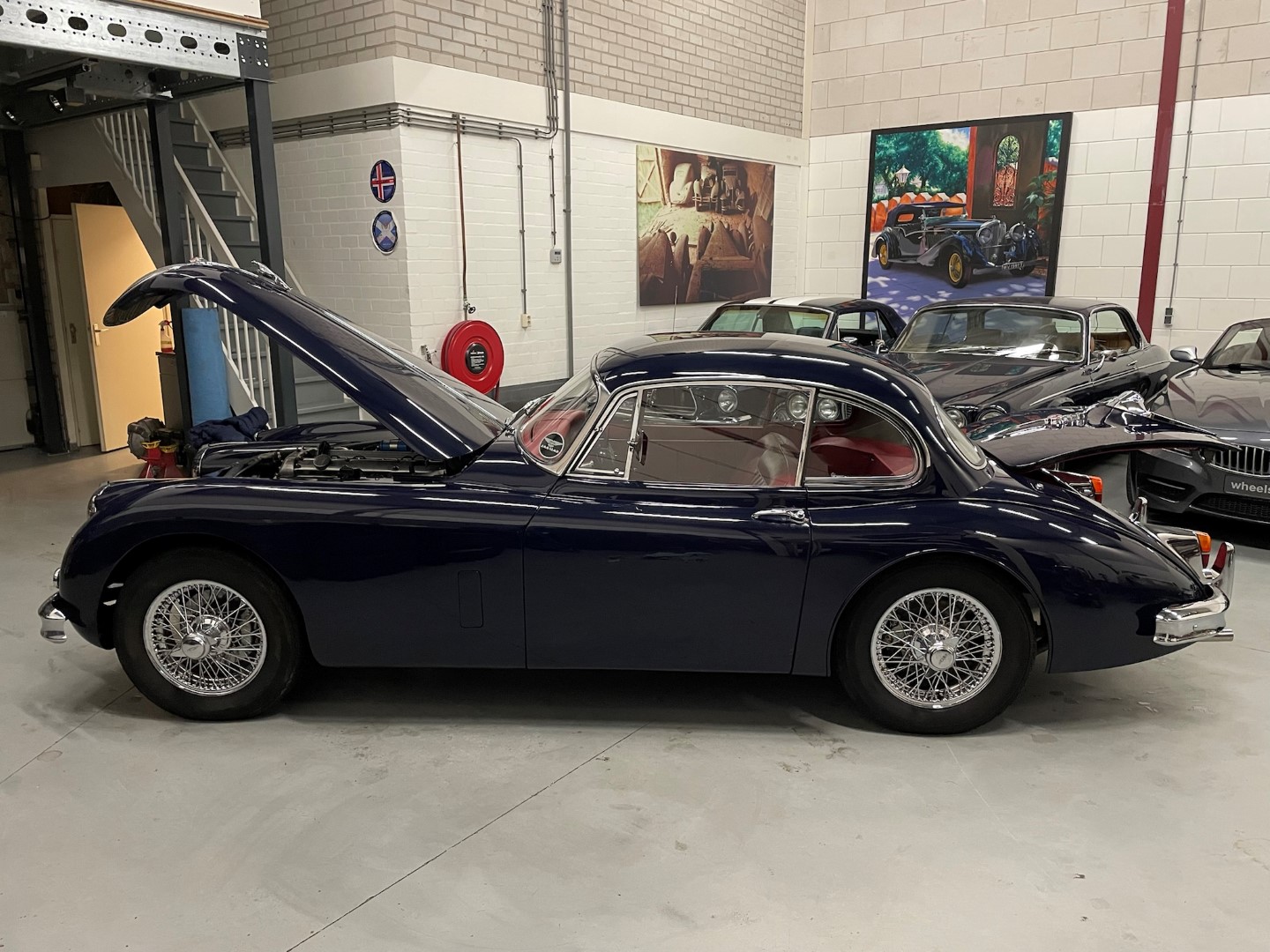 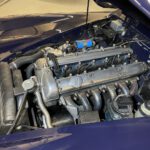 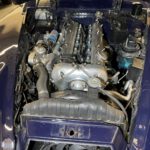 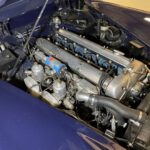 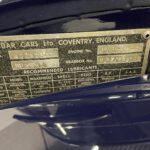 For sale Jaguar XK150 Fixed Head Coupe (FHC), in the color dark blue with a dark red leather interior equipped with the 3.8 liter 6 cylinder engine with a manual gearbox with overdrive.

This Jaguar XK150FHC was built on March 31, 1960 and delivered on April 11, 1960 to the first owner Dr. Oakley from Sedgley, Wolverhamptom in England. This information and the numbers read on the engine correspond to the Heritage Certificate present.

Jaguar introduced its new model the XK150 in May 1957 in two versions, the Fixed Head Coupe and the Droped Head Coupe, both replacing the XK140 series. The Roadster (OTS Open Two Seater) was launched in March 1958.

All models used the XK140 chassis but with a much more modern body and featured a one-piece curved windscreen for the first time. The interior was also modified such that the walnut veneer was replaced by leather upholstery. Mechanically there were also important changes, fitted were 4 Dunlop disc brakes and a power brake, in contrast to the drum brakes of the XK140.

This XK150 came to the Netherlands from England in 1984 and has been fully restored here. The current owner bought the car from Niessen Classic Car Restoration in 2007 and drove a total of approximately 25,000 km with this coupe between 2007 and 2022. The car is very well maintained and perfected time and again, invoices are present in our sales folder.

This Jaguar XK150 DHC 3.8 liter is in our showroom. If you would like more information or would like to make an appointment, please contact Lex van Lammeren, via lex@wheelsbylex.nl or 0031-611-508738. I would love to hear from you.

This website uses cookies to improve your experience while you navigate through the website. Out of these cookies, the cookies that are categorized as necessary are stored on your browser as they are essential for the working of basic functionalities of the website. We also use third-party cookies that help us analyze and understand how you use this website. These cookies will be stored in your browser only with your consent. You also have the option to opt-out of these cookies. But opting out of some of these cookies may have an effect on your browsing experience.
Necessary Altijd ingeschakeld
Necessary cookies are absolutely essential for the website to function properly. This category only includes cookies that ensures basic functionalities and security features of the website. These cookies do not store any personal information.
Non-necessary
Any cookies that may not be particularly necessary for the website to function and is used specifically to collect user personal data via analytics, ads, other embedded contents are termed as non-necessary cookies. It is mandatory to procure user consent prior to running these cookies on your website.
OPSLAAN & ACCEPTEREN